Did GB’s magnificent Gold medal in Rio inspire you?

Want to try hockey or improve your existing skills?

Why not come along and meet the coaches and current team members.

Background to the Club

Bradford Hockey Club play in the Yorkshire Hockey League.  With four Senior Men’s Teams, a Senior Women’s Team, a Development Team and full range of Junior Teams including, U16 Boys, U16 Girls, U14 Boys/Girls, U12 Boys/Girls and U10 Boys/Girls we have something for everyone including a Men’s Veterans Team.

The Senior Teams play in the Yorkshire Hockey League – the new 2017/18 season will commence in September with a full fixture of games until April.

The Head Coach, Stuart Harrison, has full oversight of coaching and training at Bradford Hockey Club.  Stuart is a fully qualified hockey coach with vast experience of both playing and coaching over the years.  Stuart is supported by a number of assistant coaches and team managers who collectively provide a thorough and energetic programme of activity ensuring our players’ full fitness. 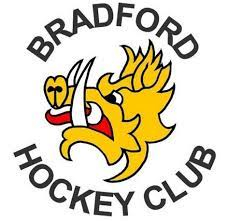 On Fridays, the training is split into age groups U10, U12, U14 and U16, ensuring children are given training specific to age and ability. If there are sufficient numbers in any particualr age group then these might be further split into A and B teams etc. Stuart Harrison has overall responsibility for coaching sessions, but each team will also have its own team manager/lead coach and assistant coaches.

All new players welcome. Contact the club direct or feel free to just turn up at a training session